a piggy vampire?? or just a fucking jerk??? 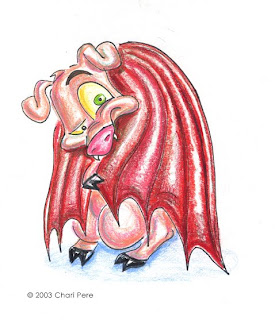 for those that read the blog in detail you may of noticed I went on a date the other night and a few days ago. Nice guy, tall, good looking, professional, all rounder. I enjoyed the drink but no sparks, I went for coffee as I thought nerves may of tempered the fires of passion. The coffee was a tad better so I thought third time lucky???

I joined him for coffee at his place, I had warned him my phone would be on and need to be attended too but he was OK with that. I sipped the coffee while i fixed the world via my blackberry and he kissed me in between calls. Things started to heat up a little and I was becoming aroused. I was stood up on the phone and he kissed my neck and reached in to my bra and touched my nipple.

When I finished the calls he suggested we went upstairs bu promised to adhere to my previous clear indication of no fucking. We lay on the bed and as we were about to kiss his hands traced my body and made me shudder. It was looking promising. He started to snort a bit like a pig ( I really had to try not to laugh) he returned to my mouth and bit my lip and grunted!!! I recoiled and said "OW! that hurt!" he apologised. The grunting continued and I was starting to get a full monologue going on in my head, I had switched off and was wondering why the fuck he made such a ridiculous noise... then I thought I wonder if you knows how silly he sounds???

OOOOOWWWW!!! he had bit my ear!! FFS!!! he said sorry, tell me if I'm hurting you. I turned on my side to spoon and talk. I needed to get the snorting thing out of my head.

As we talked his hands traveled and I became aroused again. I could gather by the hardness being pressed into me he was also aroused. His right arm that was under and around me moved so he could reach my left breast. His left hand was holding my pussy through my leggings. He kissed my neck. His hand went inside my pants and the grunts started again as he discovered i was shaved and soaking wet. His right arm moved pulling me back to him then he bit me again, this time so hard, i was telling him to sop, he was holding me in a head lock squeezing my nipple so hard as well, I was screaming so much, begging him to stop and managed to struggled free.

I grabbed my boots and handbag and left. I was shaking all the way home. I now home alone and head is full of colliding thoughts... do you think he was a piggy vampire?? or just a fucking jerk???