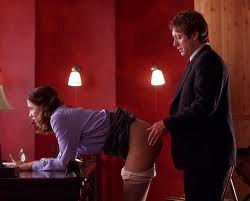 1. Why do you go to the movies?
a. To feel
b. To think
c. To escape
d. To enjoy the air conditioning

To escape, switch off and suspend belief.

2. In the last six months, have you viewed more movies at home or at the movie theatre?

At home, I've not been to cinema for a while, last time was probably with the kids.

3. What was the last movie you watched at home? At the theatre?

Black swan was the last movie I sat and watched start to finish. I was watching to see if it was suitable for my ballet mad children (soooo not suitable).

I asked hubby to find a film fir us to watch on Sunday while I fixed dinner. When I returned to the room he was already watching it! I opted for a hot bath instead as it was a horror and I can't watch them.

4. Which do you enjoy most in a movie?
a. Two beings battling to death such as Godzilla and Mothra (or any foe), Gladiator
b. Car chase scene such as Ronin, Fast & the Furious
c. Major heist such as Italian Job, Ocean’s Eleven, Snatch
d. Epic battle scene such as Harry Potter, Lord of the Rings: Two Towers

Comedy and love stuff or a good who done it! I loved Fracture and Usual Suspects for that kind of suspense

5. In your opinion, which movie(s) have the best or most enjoyable sex scenes?

Not many films cut it in the sex scene for me, however... The secretary! That spanking, yes please.

6. Which of these is your favorite Hollywood movie plot?
a. Boy meets girl
b. The Jesus Story (apocalyptic; someone is saving the world)
c. Fish out of Water
d. Buddy movie

Boy meets girl, meets another boy, then joins a couple then ......

8. In movies, what makes you cry?
a. mistreatment of a prime, likeable character
b. gushy, mushy romance (e.g., marriage proposals, couple finally proclaim their love)
c. very scary jump-out-at-you, make-you-pee-your-pants scenes
d. anyone or anything dying

Someone dying, although last film I cried at was toy story 3!! Yes I'm a big softy.

Bonus: What is your favorite movie? Why?
Fav movie is mood dependant. My top few are: