The most amazing night with HIM 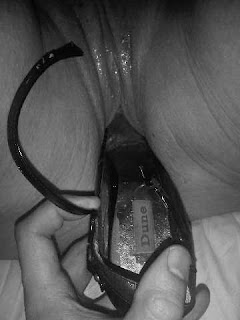 He was late again that night, always late, always work.

I was all too much for him, he decided to take what was rightfully his. It was what I hoped he would do, take back control, take me. He pinned me down and fucked me so hard telling me I deserved it for being a dirty teasing slut, god I came so hard, pinned down and so full of his beautiful big cock.

We eventually got dressed and headed out for dinner, it was nice to have a change of scenery but I wanted to get back and get filthy again as soon as possible.

I must add it was a long run to the bathroom after!

So I'm at work, tired and tender, yearning to be near him again, only 2 more days of him then he flies home, unsure of our next meeting.
Posted by heelsnstocking at 13:49