The website is up to date and contains upcoming events and times along with photographs of the club. However, the pictures are only of the main dancefloor/bar section of the club and they are very kind pictures compared to what the reality is.

The location of this club is next to Port Nature section 5, underneath the pool. It is right on the pathway in front of Port Nature and can't really be missed. We have seen it over the past three visits to Cap and always been interested in what it is like, but like all clubs, you don't know what you will get until you have paid and entered. We have always been put off entering due to the activities around the door and the people hanging around, which mainly refers to the door staff and their friends. On our first year to Cap, a disruptive group of young men came to our section of the beach in the daytime and they were so badly behaved, that all play stopped by all on the beach until they finally left....and guess who was hanging around the door of Le Juls that evening and were clearly very good friends with the door staff?? So not a great first impression and on subsequent walks past, it just hasn't looked great from the outside due to people such as this being there.

Anyway, this year we wanted to try a different club and Le Juls was the only viable one that we were prepared to even give a go. Fortunately the door staff seemed fine on this evening and a pleasant lady at the ticket counter took our €20 in exchange for entry and our two drinks tokens. As soon as you enter the door, you are straight into the club and it is the dance/bar section that is in the pictures on the website, however as mentioned above, it is a bit grimmer in reality. The club has a very small feel about it and a very low ceiling, which makes it hot and on the evening we were there it was certainly busy and crowded. At the end of the room is a DJ booth and the music is dance, however the sound system is appalling and doesn't sound far off the speakers simply being a couple of baked beans cans hooked up to an mp3 player at full blast, really tinny.

Whilst busy, and it may have just been the night that we visited, without wishing to sound elitist, the clientele was somewhat downmarket and distinctly unappealing. We both like normal, regular, everyday people and are not at all interested in the preening beautiful types, however this lot looked like customers at the discount freezer shop on pension day. Anyway, we'd paid our entrance, so thought we'd give it a go. After our drinks we moved on to the play area which is at the opposite end of the room from the DJ and the general colour scheme is black. It's a small area with two or three play beds, a dark room and a shower and was busy in there, but once again with unappealing people. We opted for the dark room to play with each other and see how the night unfolded. Upon sitting down, it didn't feel that clean and the PVC covers of seating were ripped and it just didn't feel good. We were led to believe that this was a 'couples only' club, however, there were a number of single guys in the play area and they were just wandering around copping a feel and touching up women as they felt like it and then moving on without emotion, giving the impression that people were just meat for them to touch.

With all of the above, we only lasted about 45 minutes in the club as it was just so grim.

Clearly this is a popular club and has been there a number of years, however for us, there are far better places to spend your money and have fun as this place is no cheaper than anywhere else of its equivalent, it needs investment, in both the sound system and the infrastructure as well as putting some professionalism on the door. No matter what we say or what we think, we suppose that if this venture makes money for the owners, they are not really going to care, and the sad truth is that it really felt that way too. 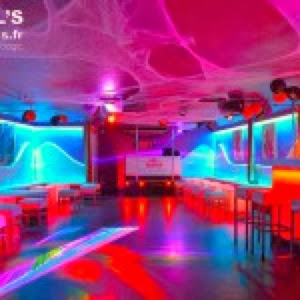