Pornography has always been a part of my life.

I was first exposed to it at around the age of 7 or 8, by the method that is read and heard about so many times when you uncover the hidden stash in your parents’ bedroom. In a time before the internet, comics and magazines were an easy and disposable way to pass the time and at that age of course I was drawn to comics and there would be comic style drawings or even full sections in general adult publications such as the Sunday Times, which is a serious broadsheet newspaper here in the UK, which for a number of years included a comic called The Funday Times. So from just casually looking in ‘forbidden’ places around the house, I encountered magazines that I hadn’t seen before and was curious about what they must be to not be the magazine rack of the living room. Yes, they contained pictures of women, which was fine, but at that age I didn’t view the pictures in a sexual light, simply as something factual as my parents would regularly walk around nude, so I wasn’t seeing anything new or foreign to me. But what was interesting to me was that they contained
cartoons.

The years move on and by the age of 12/13 I start to become sexually aware and move away from the comics to concentrate on the photos. The professional model pictures were interesting but nothing that was magnetic for me, however the section that always took my attention was ‘Readers Wives’, which used to be either just a two or four-page spread near the back of the magazine which was made up of amateur polaroids that readers had allegedly sent in in return for a token payment per pic. I just found the rawness of these images much more interesting as they looked like real women that you could relate to that you see all around you as opposed to posed, make up to perfection ladies being photographed in an artificial environment. 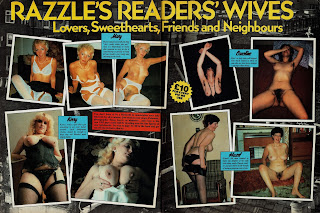 Clearly the Readers Wives genre stuck a chord with many others as during the 80’s and 90’s as these sections started to get greater prominence in the magazines and a number of other publications sprang up that really dedicated themselves to the cause. The newer magazines following Fiesta were Escort and Razzle, which were both seen as even more downmarket than Fiesta, but certainly for me gave me what I wanted. Readers Wives special editions were produced and the monthly editions of Escort were always treasured by me. 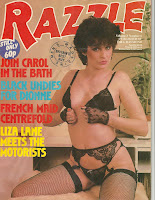 These were completely different from UK magazines. No coyness, it was all about fucking and explicit images right from the front cover. Well known titles were ‘Weekend Sex’, ‘Color Climax’, 'Sexorama', 'Darling' and ‘Private’. Explicit images on the front and back covers with the magazine itself telling either one or two stories through pictures throughout with a little text on each page outlining thoughts or verbal exchanges, usually written in German, English and Dutch. 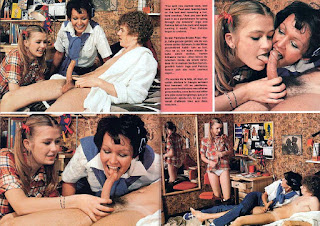 Whilst these images were very clearly posed by models, I still found them arousing as the people looked real, in relatively mundane situations as opposed to the perfect ‘set’ photos of models. These magazines contained nothing else other than the photograph storylines, no cartoons, advertising, written stories or anything.

The above publications were treasured by me and of course there would always be favourite pictures to return to. Then, in the mid to late 90s, the Internet arrived and with it the advent of not only hard core porn images on tap, but it was free and the number of images were limitless. Wow, it didn’t get any better than this. Before broadband, it was 56k dial up modems that went via telephone lines and with this there were telephone charges to pay to access the Internet so my Internet time only started after 6pm when the charges went down to the cheap rate per minute. For those who remember, whilst the Internet was a step change in so many ways, it was also very slow so each picture could take up to a minute or two to download and be visible on the screen. I always remember one particular night where my desire for porn, the cheaper telephone rate and the slowness of getting the images combined and I ended up staying up all night at the computer and I looked terrible the next day, which was commented on by a number of people, but garnered their sympathy by suggested that I had been working very late last night.

By this age, the die had been set for me. I was only interested in real amateur images, nothing commercial or any professional models for me, so the source for images of these type were the amateur forums. I can’t remember the name of it, but the administrator of one of my ‘go to’ forums for a long while was a Greek guy from the island of Rhodes called Yannis. He was one of the early pioneers who dedicated himself to uploading material that I loved and he had a group of followers in the community who also contributed very well to the cause.

It was getting to the point where with hard drives being so small in those days and 1.44mb floppy disks not having the capacity to hold many pictures, and the size of individual files were growing larger that I had to invest in a CD writer. I felt so guilty just buying the CD writer as I knew that it was for one purpose only and therefore strangely assumed that the rest of the world would know when I took it to the counter along with the spindle of blank CDs that I bought to go with it what I had in mind.

In 2000 I had broadband installed, so no restrictions on time of the day to use the internet and the number of sites available exploded over the following years. We had forums, content sites, newsgroups, P2P sharing, etc and ever expanding hard drives that could accommodate saved content.

So then, that’s how over the course of a number of decades, that is how I have gone from Fiesta to One Click Chicks.

** By the way, nothing in this post has been sponsored and we don't have any arrangements or interests with One Click Chicks, we just really like the great work that they and their contributers make, in fact so much so that we have have put a banner link of theirs up on the right hand frame of the blog ** 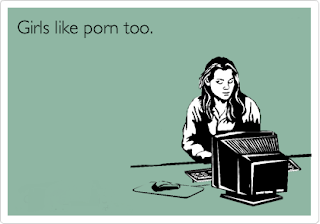