TMI - Random facts about me x 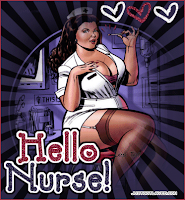 1. What is your favorite part of sex?
Kissing and spooning! That feeling of just being close, body against body.

2. Have you asked your significant other or spouse what their biggest sexual fantasy is? Did you like it or are you not interested? What is it?
He said he didn’t have any other than maybe a nurse wanking him off, I offered to dress up as one but he declined. Shame As I think I could of pulled of that look!

3. Do you enjoy phone sex?
Not really, unless its been with Him, it was a long distance relationship and sometimes its was 6-8 weeks in between seeing each other so we did have our moments on the phone but they were never planned.

4. Have you ever had a sexy nickname? How did you get it? What is it?
M used to call me Mrs Robinson, I think on account of me being older and he also used to say I was posh lol.

6. Have you ever had sex with “just a friend” and gone back to “just being” friends?
Yes!

7. If in a romantic relationship or marriage, what is the best thing about it right now?
Him working away next week!!